The ordeal of my garbage run 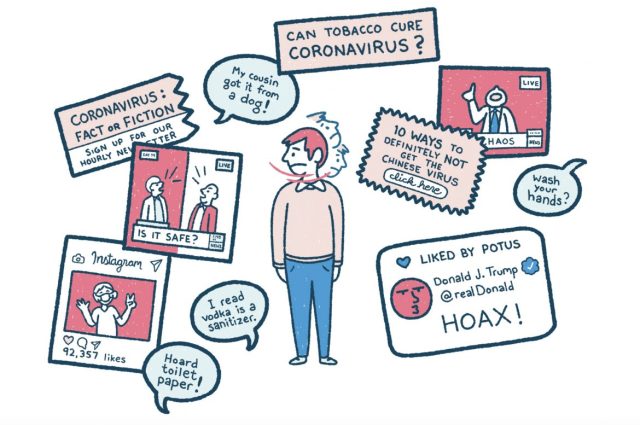 I am nervous and jittery. Tomorrow I have to go down to put out the garbage.

‘So what is the big deal?’ you ask? ‘We all do it every day, some of us even driving with big pieces of garbage to the dump.’

Well, you are all doing it as a matter of course and freely, out of the gaze of the L&M, who is watching your every move with hawk’s eyes.

In my nervousness, I fumble with the disposable gloves, tear two of them, wear the mask upside down, start going out in my house slippers before realising the mistake. And the relentless eyes are still watching me.

‘Cover your head. It might stick to your hair,’ he says anxiously, the ‘it’ being the dreaded #COVID19 virus, but I am sure you have deduced that, haven’t you? I pull the pallu over my head without arguing (experience has taught me that it is pointless) and thus ‘dressed and armed’ leave for my garbage run.

The younger Brat might be aware of the  #GarbageRun bike rides, but alas my ‘run’ has neither bikes nor excitement, unless you count the possibility of seeing another human being–even if with their own garbage.

The society had stopped the garbage collector who picked it up from our doors, as he was working in another society where a ‘case’ had turned up.

Does it all sound like gibberish? Well, I am sorry. I should have begun at the beginning.

Note: In this #COVID19 story, I am the poor victim but all those who have followed my L&M stories already know that, I am sure.

Now, to the story: By the beginning of March, #COVID19 had made its appearance in India and it had had its effect on the L&M—but naturally! He would come home from spending almost the entire day with kids from the slum clusters, teaching them, holding their copies, patting them on their back, playing with them. He would go straight to the bathroom to wash his hands, face and gargle. Exams were going on and panic had still not set in.

And then the lock-down started. At first, it was just looking at the world stats and shaking our heads, patting ourselves on the better stats in India and kidding ourselves that we had escaped the worst. Slowly the reality sank in and though he was still busy with his phone calls and doing Samaritan work of arranging rations for the needy and teaching by phone, there lurked the legendary L&M paranoia just under the surface, which can be stifling, suffocating and maddening. Ask the Brats about his fear of the fan falling on their heads!

We were fully shut in. The front door was opened by me only to take in the milk in the morning and put out the garbage at night. The L&M cleaned the knobs, the light switches, everything. Then one day, I found the handle of the bathroom wiper full of soap. Ditto with the taps, even the heater switch. I thought that he must have touched them with soapy hands and cleaned them. I confronted him on the fourth day.

‘I applied soap on them to keep them virus-free’, he said as if he had found the perfect solution to banish the hateful mites. I rolled my eyes so violently that I had a job, pulling them back in place.

Our housing society had told senior citizens to stay home and not venture out at all. Deliveries were not allowed up and we had to go down and collect them from the security. The L&M would be so jittery and give me suspicious looks as if I had touched ALL surfaces on the way down and up and was loaded with the virus. I would be nervous looking at his face, feeling as if I was doing something criminal, by not having a complete change of clothes after a bath for just going down the lift. Of course, I used to have my mask and gloves on.

Then I hit upon the idea of asking the guard to put the packets in the lift and send it up.

The vegetables were a different story.

They came up the lift as stated above. We left them in the bag for several hours. And then, I wore gloves and segregated them all into baskets and left them out.

‘I’ll wash them in the morning,’ he told me breezily. As if he would have trusted me to do a ‘proper’ job!

The first time, I found that he had soaked the vegetables in soap water! I had told him to use salt and haldi, but apparently, he trusted soap more than those and added that too for good measure. This time I didn’t have to roll my eyes. They had gone up into the socket on their own, and fortunately, also came back to place. They were getting used to the exercise as their owner was, I guess.

The vegetables and fruits would have screamed and any virus present on them would have sworn to leave our house strictly alone, informing their future generations to do the same, if they had escaped his ministrations. He scrubbed them within an inch of their lives. I had ordered bananas the first time and had to make panchamritam with the mashed pulp after being ‘washed’ by the L&M and the second time I ordered them again like a fool and had to make banana pancakes. The next time, I remembered to strike it off the list.

Now, the vegetables had to ‘air’ and ‘rest’ after the pummelling at the hands of the L&M. So, I got them to cook only 36 hours after getting delivery! Some of them have wilted by then, others look at me; ‘You too?’ they seem to ask reproachfully. The time delay also meant that I had to calculate the quantities and dates to the precise hour before ordering the next lot to avoid going without them in case I goofed up.

And oh, I forgot about the apples! The second lot of fruits came with apples that had the label ‘From Italian Alps’. That was the time when Italy was riding on the peak of corona pandemic with thousands losing their lives every day. The L&M was wild with worry. Any reassurance on my part that the labels were randomly printed and stuck by the local wholesaler to impress his ignorant clients, didn’t convince him nor my reminding him that apples are plucked months before they ripen and even if they had come from Italy, they would have come at least six months prior.

No use. He would look at the apple pieces with suspicion every time he ate them as if expecting a virus or two to stick their tongues out at him—if they had survived all the scrubbing and rubbing and ‘airing’, that is. If you ask me, they surely deserved to infect any human, after such treatment! Fortunately, the next batch was a local variety.

The poor younger Brat lugs all the groceries home but is not allowed to step into the house. He throws the stuff in a carton I have kept near the door, as the L&M, wearing his mask, hovers anxiously around to see that I am far enough from him. The boy is masked, gloved and yet….So he has begun sending up the stuff in the lift these days to prevent heart attacks to his father!

If there is a ring at the door, there is complete panic. ‘Don’t open the door!’ shouts the L&M from wherever he is! We speak through the two doors separating us, shouting at whoever is unfortunate enough to call on us to either deliver some stuff they have been good enough to bring for us from the market or give us the news updates of our housing society.

One of the updates some weeks ago was that the garbage won’t be collected at the door for some weeks. We had to go down to leave it at the gate, which is a good 30 m away.

Now go back and read the opening paras.

Have you read it? Ok, let me continue recounting my ordeal of the #GarbageRun.

I am supposed to come back from the ‘outing’ and go straight into the bathroom for a bath including washing of my hair! What if some virus is stuck on it, eh? The way he kept looking behind me anxiously, that first time, made me glance over my shoulders in confusion to see if some impudent virus had indeed followed me home!

I am discretely questioned as to meeting or talking to anyone on my way out and back. To avoid the inquisition, I set my alarm for 5 AM, so that I can go and return before anyone else comes out to spray me with COVID19 viruses. So, what if the stray dogs in the complex (there are at least 4) come behind me?

Since I can’t afford to wash my hair every day, I have to plan the garbage run meticulously to coincide with my hair-wash day. It also means that I have to prevent the wet waste stinking up the kitchen and put the peels out in the window balcony to dry out–to both reduce in weight and stench. That means more planning: I try to cut the musk melon the evening before I go to put out the garbage, as it stinks the most if left out. I have different trays to dry out the tea leaves, veg peels and fruit peels. So much planning over garbage leaves my head reeling. No kidding!

And finally, the departure itself. I change into my sari of course. There are some more preparations in addition to that: I fill up water in the buckets for my bath, keep the bathroom door open, the light on, my clothes and towels laid out in the bathroom–to avoid touching any of the above-said items in my ‘contaminated’ state.

When I come back, I feel anxious eyes following me all the way from the front door, as I slink to the bathroom, walking gingerly, just in case some virus fell from my clothes! Oh, torture!

And Tomorrow is THAT DAY!

← Mantras are powerful, but I love my ‘shloka-pills’!
Sneeze: The cleanser of respiratory organs →