Why do our brains not run out of memory?

Read the first part of this series here.

The human brain is truly astounding – the way it works, writes codes into its cells and neurons, creates files, stores them in various sections and then retrieves them when needed (and sometimes when not needed!) is more complicated than the best computers made by the same brain. The process of encoding a memory begins when we are born and goes on till we die, barring some damage or deterioration to the brain cells in the form of illness, injury or ageing.

(Read the first part of the post Why do we need memory here.)

So what becomes a memory?

For something to become a memory, it must first be picked up by one or more of our senses – or in other words, have some feeling or emotion attached to it.  Such memories don’t include the remembering of motor skills or the Pascal’s Law or something similar.

(There are so many things about the different kinds of memory that you better be warned that there would be another post in this series! For this post, let us stick to the ones that evoke pleasant and unpleasant feelings in us when they are recalled.)

We go through so many motions in our daily life that if everything were to become a memory, our brain would run out of memory! So the brain deletes or overwrites them to create space for more important ones. That is why we can’t remember what we had for breakfast on the 14th of June, for instance.

Come to think of it, who would want to remember things like putting out the garbage or making a cup of tea, or talking to a neighbour, unless some significant thing had happened at that time? Perhaps if that appointment letter for a dream job had come when I went out with the garbage, I might remember it every time I put out the garbage!

That brings us to triggers. No matter how significant a memory is, it mostly lies dormant in our brain until a trigger sets it off. A photograph, a smell, a face, a place, a sound…..any of these things can bring a memory into focus. While a photograph of your child or mother might bring a rush of love, another one of you in front of the Statue of Liberty might not evoke any emotion, unless it had been an occasion with special significance. In which case, every time you look at the picture, that memory would come rushing in. On an aside, how many of the selfies taken so painstakingly and shared on social media evoke any memory?

Now we come to the question of whether we experience the same feelings when we remember an event, as we did when it had originally taken place?

Alas, our feelings at a particular moment can only be experienced once and all memories are essentially in the past – a day, a month,  or several decades. No matter how sharp our memories are and how well we remember (or imagine we do) them, the ecstasy,  contentment, grief or terror we had felt when the incident had happened cannot be replicated in the present moment. How can we live again through the sounds, the smell, the colour or chill/heat of a moment that lies in the past? Everything changes over time – including us and our reactions to a given situation.

If only we could somehow capture everything about a perfect moment how wonderful it would be! As my friend Dagny wistfully remarks in her beautiful post:

Wouldn’t it be wonderful if we could store moments of perfection, bring them out at will and completely resurrect them in all their richness; in every beautiful enchanting detail? We’d be able to recreate the bliss by unpacking all its constituent emotions – the contentment, the gratitude, the feeling of blessedness and grace.

Were that possible, how I would love to experience the indescribable joy of holding my child for the first time in my arms – smelling his baby smell and feeling his finger on my skin, or the leap of my heart when I met my best friend after half a century, or….there are too many such moments I would give my eye tooth to relive.

Perhaps this is why in the ‘perfect’ society envisioned in The Giver, the Giver loses his memories the moment they are transferred to the Receiver.  (If you have not clicked the link at the outset to read the previous part, do so here).

I am sort of relieved it is so, for most of us have memories that we wouldn’t want to relive under any circumstances. Sitting up night after night, feeling a gnawing pain in my chest,  feeling hollow inside, not knowing what the next day would bring after the catastrophic event…or the times when the children were small and had come down with serious illnesses and I had suffered their pain and cried inside for their little bodies to heal even while laughing and singing to put them at ease….or the time I had died a thousand deaths when the older one had been caught in a riot on his way back from school and I didn’t know where he was….

While I am blithely recounting all the feelings I had experienced at those times, I still am not living through them. I might recall the time, the place and the people around, but not the actual emotions of terror or helplessness. Am I glad about that! Who on earth would want to experience such terrible feelings all over again?

Here I am reminded of the Chinese legend of Meng Po or The Old Lady of Forgetfulness who works in Di Yu (the Land of the Dead). She gives them the Brew of Oblivion, which helps them forget their previous life so that when they are reborn in new bodies, they do so with a fresh mind.

Though we might not be able to feel the same emotions, memories can release enough chemicals in the brain to set in motion physical and emotional reactions like contentment, joy, love or laughter if they are happy ones and nightmares, terror, anger, agitation or even real illness if the memories are particularly traumatic. It is estimated that every time a bad memory causes a stressful response, it takes up to 36 hours for the body to get rid of the stress hormones.

Sometimes too, there are no visible physical or psychological cause for a physical ailment or pattern of behaviour – at least in the present life. Dr. Brian Weiss in his book Many Lives Many Masters has recounted his sessions with one of his patients whom he helped get rid of painful memories carried over from not just one, but several lifetimes spread over millennia by using a method called ‘regression’. That memories get carried over lifetimes is also reiterated in the book Many Mansions: The Edgar Cayce story of Reincarnation by Gina Cerminara who has studies thousands of recorded cases of reincarnation stories. You can read the posts on these two books here and here.

Perhaps these are the souls that had evaded Meng Po and her brew of forgetfulness and are therefore carrying memories from their earlier lives!

It is interesting that under hypnosis or an induced trance-like state, one can actually feel all the emotions, pain and pleasure while reliving the memories. But typically, those feelings don’t leave any memory once the person is out of trance or hypnosis, quite simply because the memory has been wiped off. They only needed to be experienced once again before ceasing to bother the patient.!

This is how it happens: Under hypnosis, the patient is relaxed and the strong emotion associated with it is first brought forth and then removed from the memory along with its triggers through relevant suggestions by the therapist. Shorn of its emotional baggage, the memory is rendered powerless to hurt the person and soon fades away. 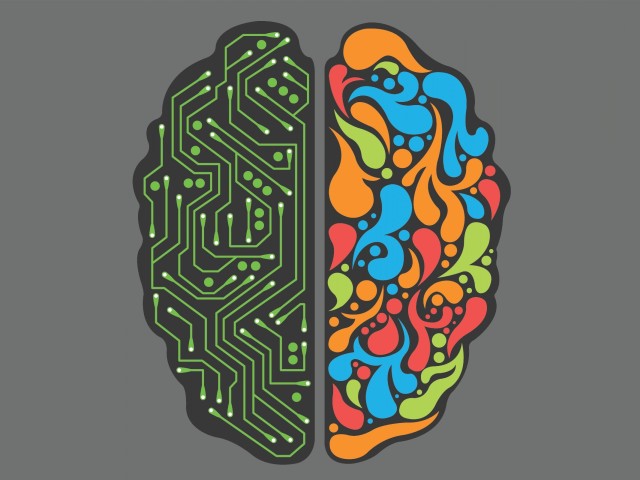 That brings us back to the brain which is the storehouse of all memories. I read up on the physical structure of the brain, which is divided into a lot many sections. But we will only learn here about the rational mind and the emotional mind. With distinct functions, these two help us carry out our work, think, create art, solve problems and so on. I won’t bore you with the details but will give you the link if you are interested.

We are only too happy to obey the emotional mind and relive the pleasant memories, but what about bad ones that get us agitated and angry or terrified? After all, they are the ones that disrupt our lives.

We can listen to our rational minds and learn to take bad memories with their attendant emotions as part of life and thus overcome their negative effects. Most of us are able to do it too, but if it is a  particularly traumatic memory involving physical or emotional abuse, or an accident or a natural disaster, the emotions unleashed can play havoc with our mental and physical wellbeing. Professional help is needed to deal with them.

(How to overcome such trauma is beyond the scope of this post. Maybe sometime in the future…)

To sum up, one should ideally aspire to become dispassionate about both happy and traumatic memories, but that is going to take some work and time to accomplish if at all. Till then, let me pick and choose my most pleasant memories , the ones I want bottled up to be taken out at will to sniff and savour….

← How important are memories to humans?
WHY IS ‘I, ME, MYSELF’ NOT A GOOD THING? →