When the Wuhan virus had struck at the turn of 2020 and was laying even mighty developed countries low, experts and media houses both global and national, had predicted doom for India with its huge population and inadequate hospital infrastructure. A year down the line, all so-called experts and doomsday leaders of the Opposition have been proved wrong. Now they are trying to explain it all away as herd immunity or the immunity gained due to the ‘unhygienic’ living conditions of the vast majority of Indians.

To my mind though, there is a more important reason: It has a lot to do with the vibrant and thriving legacy of indigenous and traditional customs and practices that Indians still follow despite scepticism from a westernised, elitist bunch of naysayers. 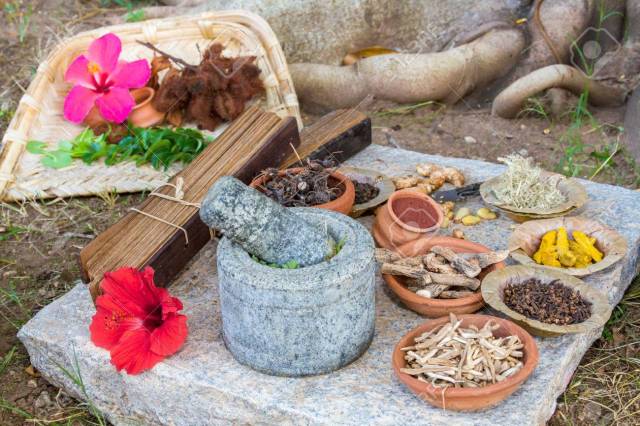 For, while the world was reeling, millions of Indians were quietly brewing kadhas/kashayams in their homes to boost their immunity against the unknown virus – traditional decoctions of herbs and spices that had been handed down over the generations. Age-old practices like washing one’s hand and feet after coming from outside, using turmeric and salt for sanitising, were among other customs that were revived across regions and communities. While it is true that none of these are COVID19-specific, they are general immune-boosters and sound sanitisation methods that could deal with the pandemic even if in a limited way.

Unlike many ancient cultures in the west, cultures of the east are still thriving and are a treasure trove of scientific and medical knowledge. It is perhaps to underline the contribution of traditional wisdom to medical science that the 2015 Nobel Prize for Physiology and Medicine was awarded to Tou Youyou, the Chinese scientist who discovered a cure for malaria based on her research into the ancient medical texts of the Zhou, Qing and Han dynasties. This proves beyond doubt that by harking back to our civilizational wisdom, we can find solutions to even 21st century problems, which are not restricted to decoctions and potions, but can be adapted to modern scientific procedures.

That India has a vast reservoir of such ancient texts to refer to, cannot be overemphasised. All we need is the will to explore, study and adapt them. Unfortunately, today, any mention of our ancient wisdom invites censure for ‘communalizing’ or giving a ‘Hindutva’ angle to the topic. Such intolerant, short-sighted attitude is effectively shutting the doors to a wealth of knowledge in these fields to Indians, while the west is adopting and adapting it to good effect, even digesting it, as they have done with yoga.

While the Health Ministry updated the statistical counters, issued public health guidelines and lockout restrictions, the AYUSH Ministry (Ayurveda, Yoga and Naturopathy, Unani, Siddha and Homoeopathy) pulled out all stops to integrate the above traditional systems with conventional medicine, to contain the pandemic. Expectedly these steps were either ignored, under reported or ridiculed outright by the media. Starting from the early weeks of the pandemic, the Ministry of AYUSH regularly put out information bulletins advocating relevant yoga and breathing exercises to increase endurance and lung capacity, homeo medicines, herbal drinks and decoctions to boost immunity.

Ayurveda, Siddha and Yoga have contributed in great measure to the containment of the pandemic. Millions of Indians have benefited from Baba Ramdev’s Coronil Kit, which is both a prophylactic and treatment for the virus, though states like Maharashtra and Kerala had banned it in the initial months. 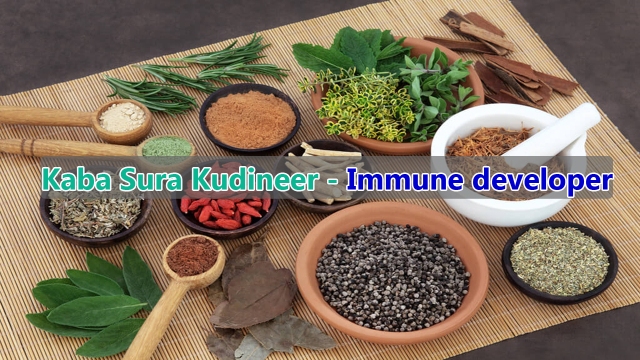 Government hospitals in Tamil Nadu have been distributing free supplies of the Siddha medicine, kabasura kudineer (literally meaning ‘herbal water for phlegm and fever’), which is an excellent prophylactic against viruses like COVID19. As early as August 2020, the Ayush Ministry of the Govt. of India also recommended this preparation as an immunity booster. What the ordinary Indian knew about its efficacy was recently confirmed by a lab in Frankfurt, to give it the much coveted western stamp of approval!

Traditional and alternative medicine have great potential to deal with not just such a pandemic, but also help control and cure many chronic diseases like diabetes, hypertension and the like. While they might not be able to cure a condition in isolation, they can hasten the cure of any medical problem when combined with other systems including conventional medicine. Add to them the vast array of other drugless alternative treatment methods, and we have a winning combination to fight diseases. All that would remain is to integrate them wisely and effectively for maximum effect.

One wonders why there is so much resistance to the idea of integration of various systems of medicine, when the goal of medical science is to alleviate the suffering of people. This is even more strange, when one considers the fact that conventional medicine has severe limitations in treating chronic and degenerative diseases or providing natural immunity to face epidemics and pandemics. This is not to underestimate its role in medical care, especially in emergencies and life-saving conditions. Nor is it to devalue the role of vaccines that have since been developed or the modern medical care that has cured countless people of the Wuhan virus.

Just a mention of traditional medicine or alternative therapies has not only the big pharma up in arms, but also medical professionals who are reluctant to acknowledge their efficacy and often dismiss them as quackery. It is well known that prolonged use of allopathic drugs to treat chronic conditions and diseases like hypertension and heart disorders cause undesirable side effects, which in turn require more medication to treat them, thus creating a vicious cycle. Many of the older generation would remember doctors who routinely recommended some traditional adjunct treatment to their prescription drugs to hasten cure.

This excellent article argues for the integration of traditional systems of medicine with modern medicine.

Recognising the value of complementing conventional medicine with alternative systems, Western countries are researching the efficacy of Complementary and Alternative Medicines (CAM) and Traditional and complementary medicine (T&CM) in the treatment of dire diseases like cancer. They stress the need by the doctors to discuss these alternatives with the patients to apprise them of their benefits and side effects if any, to prevent them adopting them without expert advice.

The version of the Hippocratic oath drafted by Louis Lasagna, which is largely used by many medical schools across the world has a very pertinent point:

I will apply, for the benefit of the sick, all measures which are required, avoiding those twin traps of overtreatment and therapeutic nihilism.

‘Therapeutic nihilism’ is defined as scepticism regarding the worth of therapeutic agents, especially in a particular disease, which would mean alternative systems here.

Significantly, the version of the Oath approved by the Indian Medical Association does not have this line. Is that why there is resistance from the medical fraternity of our country to integrate traditional systems of medicine like Ayurveda and Siddha? 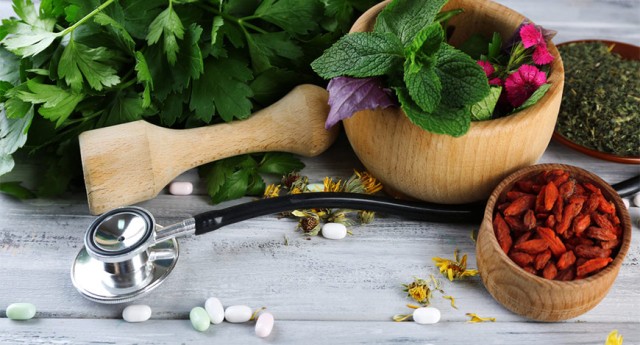 One wonders how many patients are becoming victims of such ‘therapeutic nihilism’. Should professional intolerance prevent or deny them the choice to try them, especially when conventional medicine offers them no hope? Though the patients and their families appear to have the choice, they need compassionate professional advice about the benefits of trying a different system of treatment. Sometimes it would be best not to subject the patient to unnecessary medical procedures (overtreatment?)

I know of a family with an elder in the last stages of cancer. While the specialists advised them to give him chemotherapy and radiation, (“just to give him a chance”) their family doctor told them to spare him the ordeal. ‘Take him home and give him happy memories,’ was his advice. The family followed his advice and the elder spent the last weeks of his life peacefully and happily in the company of his near and dear ones. How many distraught families have the luxury of such a compassionate family physician?

Amit Vaidya, who beat back cancer into remission with the help of some unconventional natural treatment is a votary of the integration of medical systems. He has chronicled his journey to recovery through a traditional natural treatment he got in rural India, which had gomutra among other things.  His one regret is that his doctors had not told him that they had no cure sooner.

The medical profession should get over its professional intolerance to recognise the strengths of alternative systems of medicine and use an integrated approach to help patients, offering them the choice of treatment. Additionally, we need to actively campaign for giving a bigger push to indigenous and traditional medicine for a healthier nation.