What kind of friend are you?

There so many kinds of friendships with such varied lifespans, that I have often wondered about what makes each either tick or zonk out.

…and that brought to mind my first friend ever. I was about five and Suzie was a little younger. Of Irish descent, she was the daughter of my father’s colleague at the P&T department and we were neighbours in the official quarters allotted to us. My English was pidgin, and she spoke with an accent. But we communicated just fine and I remember even telling her stories I had made up. Other than the games we played and stories we shared, we bonded over fighting off Billy, her elder brother, who relentlessly bullied the pair of us.

Father was transferred after a year or so and we lost touch with the family. But I wonder if we would have remained friends, leave alone have become close friends even had we stayed. Likewise, with my friends during later childhood and adolescence. What had seemed like very close friendships (we had sworn to write to each other regularly) had petered off within a year after I had moved cities.

Friendships made in the early years of life can’t thrive unless certain pre-conditions are fulfilled. Physical proximity, family ties and similar social backgrounds, are some of them, as these help the friendship to evolve over time even as the friends themselves grow up. As the friends and the friendship mature, they become more like siblings, able to weather the storms of differences in their outlooks, perspectives and even ideologies. There are so many stories of childhood sweethearts going on to tie the knot in adulthood, proving this point.

This is not to say that all childhood friendships metamorphose into mature ones, since temperaments change, likes and dislikes change, and each might find someone with whom he or she is more comfortable and has better vibes. I don’t have experience of any such friendship from childhood, since we moved so much that none of the early friendships remain.

Teen friendships seem to be different. It is during this period that one develops distinct personality traits, likes and dislikes, an interest in career and the future. When one finds a soulmate with whom one feels comfortable sharing these and more, it develops into a strong friendship. These are the friendships that can survive distances and years even without any communication. It is as if a telepathic bond exists and when finally they get to meet some day (if at all), it is as if they were never apart, picking up from where they had left off. Significantly, there is no recrimination or accusation of not keeping in touch. Just the togetherness is enough to make up for the lost time. I speak from personal experience.

A couple of years ago, I met up with my best friend from high school, with whom I had lost touch for over four decades. It was a long search, but we did finally find each other! And when we did meet it was as if the interim years had vanished! Today we are both comfortable in the feeling that we are just a call away. This feeling can only come with total acceptance of the other – temperament, moods, circumstances, the similarities and differences in the life experiences – the works! 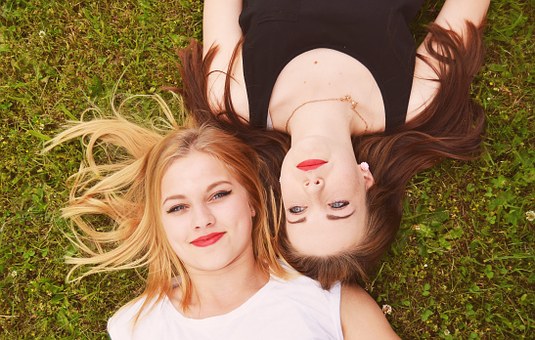 Many school groups on WhatsApp and other chat platforms are formed in the fond of hope of rekindling the bonds the members had shared as children and teens. But just being classmates and sharing some good times and common interests in school cannot bind a group together.

The other day, I was speaking to a friend about this, and he said that though he was part of his school group, there was not much he shared with the other members. ‘Sharing jokes on WhatsApp and wishing each other on birthdays and anniversaries is all fine, but when we meet, there is almost nothing to talk about. We have all gone our ways for far too long, and it is hard to find common ground to stand, leave alone relax in. After all, how long can one talk about the school, games, teachers and quirky friends?’ True words those!

That probably explains why many prefer not joining school groups or if they do, make haste to leave them. Especially in today’s atmosphere of charged political discussions, when friends might well be standing on opposite sides of the political spectrum or ideological platform – having veered towards those over the years – it becomes even more difficult to rekindle old bonds of friendship. But here again, there are exceptions, where some school friends do manage to ignite old sparks and not only pick up, but also expand the friendship to include spouses and children. Like in a close-knit family, there can be bickering, bitching and even fights over ideology, but the friendships transcend them all.

I have been lucky to to not only rekindle some childhood friendships but also make great new friends who had joined our school after I had left.  Some, I have discovered anew, not having had the opportunity to interact with them while in school.

What about friendships made in adulthood? Perhaps they are the best ones, since a friendship is struck only when two people get to know and accept each other for what he or she is, having found common interests, shared values and lifestyles?  I am not talking here of neighbourly ‘friendships’ or casual acquaintances, including office friendships, but close ones that can even transcend gender. The best thing is that there is no need for filters with such friends.

I don’t have any statistic to back this, but I think women are more likely to form enduring friendships in adulthood. The reason being that they are naturally supportive, are more compassionate and involved, and are there for their friends, whether physically or otherwise.

Often, these friendships transcend such external trappings like social status and even age barriers. I had made a few great friends when I was well past my 30s and even at 60! I was about 40 when I became friends with a neighbour, a decade younger to me. It has been nearly two decades since we moved, and we only communicate sporadically, but the closeness still exists in the same measure. I have no hesitation in saying that she is one person who knows me better than I do myself.

That brings me to online friendships. Labelling the hundreds and thousands of followers as ‘friends’ would be a misnomer. At best, it indicates the popularity of a person, the reasons for which range from liking their updates and posts, to being glamour struck with their profile picture! Yes, it can be as frivolous as that. Often, it is just a fan following and nothing more – someone likes what you write and how you write and there you have your online ‘friend!’ While there might be any number of genuine friends amongst them, it is impossible to actually be friends in the true sense with such a huge number of people.

These online friends also include those with ulterior motives who make such ‘friendships’ and follow certain popular accounts on social media and blogs. To be seen on a popular FB timeline, a blog or on Twitter feeds, is a way to gather some followers of one’s own. Often the popular person follows them back, adding to the visibility of the wannabe. This is a very common ploy to make one’s presence felt on social media platforms. Depending upon the ‘returns’ from such friendships, they either continue haunting the popular space or vamoose!

An interesting aside: The surcharged atmosphere of ideological divide has had its effect on SM platforms too, especially if one is perceived as a ‘right-wing’ supporter. For, today, it is imperative to be considered ‘secular’, if not an outright Leftist, to be acceptable in exalted media circles and the fashionably secular crowd both on and offline.

However, any online friendship, unless concretised with personal contact, don’t graduate to being real friendships. A lot of virtual love is exchanged, but which remains so tenuous that the slightest whiff of a breeze can break it. Even getting to know each other better can bring one down to earth with a thud, as online and real-life persona sometimes bear no resemblance to each other!

At the same time, there are any number of real-life friendships that have blossomed through social media, where people have discovered lifelong friends and even soul mates. I personally have been blessed with many such friends, some of whom I have not even met.

What signals the end of a friendship, other than the natural ones I have mentioned earlier in the post? Frankly, this one stumps me. Perhaps one just grows away from the friend in question, or perhaps the friendship was not so strong to begin with. I can say with the utmost honesty that I have never broken a friendship, or at least what I had presumed to be real friendship, having invested my emotions and time into it – not even when I find that the other person is on the opposite side of the ideological divide, because to me, the ideology of my friend doesn’t matter as long as there are other things to bind me to him or her. Unfortunately, I find that many so-called friends I have made are not so charitable! 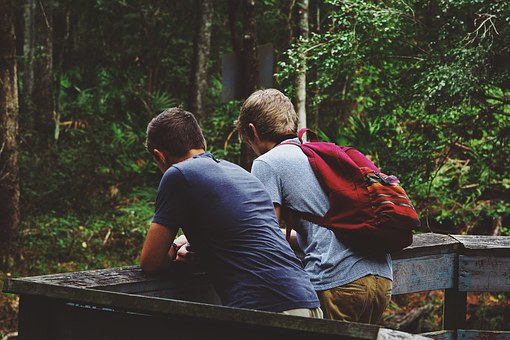 I have had the ‘pleasure’ of being cut off several times, both off and online, even without any ideological angle queering the pitch. And this despite my being a good friend – being there for each, keeping in touch and being supportive. I guess it shouldn’t bother one unduly when friendships end abruptly, ostensibly without any reason. But I have to confess that it did bother me quite a bit, making me wonder if it was something to do with me. Till a dear friend told me firmly that people feel uncomfortable around those whom they can’t conveniently slot or stereotype, or when they find the other person is too invested in the friendship, while they themselves were not! There might be other reasons, but these appealed to me most and had cleared my mind. I am sure the friend is reading this right now and smiling!

To wrap up this rather long post, here’s to all my friends I have made over the decades, both offline and online – even the ones who broke off or distanced themselves from me — and to the special ones who just pull up that proverbial chair and pick up a cup of coffee to discuss what it was that had brought on the troubled look in my eyes or the hint of sadness that had crept into my voice…..