The ways men and women deal with tension and stressful situations are so different that they could well be from….well… Mars and Venus. It is so interesting to see the contrast between the two. And if this post focuses on women’s coping techniques, it is intended to. You will know when you read  the post. I might have left out some of the ways women cope. So feel free to add/delete. As for men, I have summed them all up in an entire para. What more do you ask from me, eh?

When stressed, the male of the species would typically have a smoke or two; watch an action movie;  go on a night out with the ‘boys’ ; switch the TV on to some sports channel and get into the act of passively  ‘hitting’, kicking’, ‘pummelling’ and the like; others who are inclined towards real sports might do these very things physically; the loner types and even others might start fiddling with their smartphones and apps.

Now just look at women! You must agree that they are definitely better equipped to cope with stress than their male counterparts, exceptions apart. And the methods they use are so varied, ingenious, interesting, and definitely less harmful to themselves and the others around them!  In fact, if you look at them, most of the methods are very positive and gainful ones.

1.  Clear clutter: This is a very effective method of dealing with tension and a blue mood. I know because this is my favourite way. The flip side is that you may never complete the job because you just discovered the hair-band you had got as a gift from your favourite aunt when you were 10, and you discovered the oh-so-sweet photos of your kids when they were adorably cute (or yourself if you are not as old as me!) and so you had to go through the entire lot and get nostalgic about the events connected to the photos. You might also find sundry other items you had considered lost – all enough distract you from your main purpose of pulling out everything in the first place. Eventually everything goes right back in!  So what? Your mood is restored and you get up with a spring in your step ready to take on the world. Never fails! Try it sometime if you have not already done it. 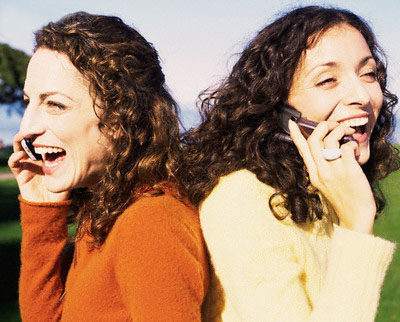 2. Pick up that phone: While the man might pick up the remote to drown himself in noise, a woman most likely would pick up the phone – to unload her mind to one of girl/woman friends, sister or mother. she does this with the full confidence that it would not be shared with others. Also she doesn’t want the listener to jump in with her tuppence worth of comments against the object of her rant. She just wants someone to validate her feelings at the moment, for she reserves the right to go back to eulogising the same person a few hours or days later. She certainly wouldn’t want to know that the person with whom she had talked to earlier doesn’t think the same way! Here I must make a distinction between real connection and virtual connection over social media. Talking to the world at large about your stresses might not reduce, but actually increase them sometimes. The communication is therefore necessarily between real time friends and relatives.

Since every woman knows this, each makes such consoling noises like, ‘tsk, tsk’, ‘you don’t tell me!’ (in a shocked tone), ‘good for you!’ and such. By the end of the conversation which might have lasted anywhere from half-an-hour to the time the battery went dead, she is feeling fine and ready to tackle the lump sitting on the sofa watching some inane channel; or she might feel so good about things enough to ‘forgive’ his lapse and actually give him a hug! The poor sod has no idea as to what happened to the screaming banshee of a few minutes ago. But being male, he would pull her closer, relieved that it was over…at least for the time being.

3. Shop: There is something so invigorating about all those brand new, colourful or mouth-watering things arranged in the window displays that she might feel good just gazing at them if she can’t actually afford to buy them! She might either go alone or take one of her friends/sister/mother with her to ‘ooh’ and ‘aahh’ with her. Of course if she is sufficiently disturbed, she might end up buying something completely useless or superfluous – like a huge ceramic bowl in the Feng-shui shop to float rose petals and a non-sinking candle (to bring in the positive energy into the house). Never mind that she is living in a two-and-quarter rooms apartment and can’t find place to put her pots and pans and clothes, leave alone a bowl to drive away the demons! 😀

The other problem with this solution is that money is spent and once the mood lifts and she comes back a new tension grips her – the waste of money! Well, at least it is a different one, right?

4. Begin a ‘project.’ This can be anything from trying out a new recipe to knitting a scarf or something more ambitious like writing a new programme to help her mother organise her day-to-day chores. (give me more ideas guys, I am minus zero in the tech department). The best thing about this is the starting of the ‘project’. I had once bought a huge tapestry to be filled in with cross stitches and never got to complete it. I finally gave it to a neighbour who said she would complete it for me. I don’t know the fate of my ‘project’ as she relocated to another city soon after.

5. Watch a soap: I know a lot of women who watch inane soaps and relax. They might have a dragon of a mother-in-law to contend with, an insensitive husband to deal with or a couple of hard to handle teenagers. They don’t let any of these people affect them, but calmly switch on their favourite soap and get immersed in the travails of the heroine! This one I have never understood because by the end of the soap, they would have an added worry – that of the soap character! Anyway, to each her own, I guess.

6. Eat comfort foods: This one is the best of the lot: put your leg up, open a large bar of chocolate and go munch-munch while watching a good movie or programme on the telly! It never fails to work, believe me.

7. Compare notes: This is either done discreetly or openly depending upon whom you are doing it with. I have read somewhere that gossip is therapeutic and it is actually harmless unless someone is viciously targeted. It helps them get to know of worse off women and find themselves blessed to be in a better position than them. The comparison angle also works for those who watch the soaps and empathise with the characters as if they were real.

So what are your tricks to cope with tensions? If you are a man and use other means than the ones listed at the outset, I would love to hear them and women of course would have so many more colourful ways that I might have missed out. I am looking forward to reading about them all 🙂

Like Loading...
Tags: busting stress, connecting with others, coping, coping with stress, difference between men and women in coping techniques, how men cope with stress, how women deal with stress, Mars and Venus, smartphones as tension buster, soaps, telephone
Follow The Cybernag on WordPress.com

← Library Aunty
WhatsApp to the world? →